Back and Ready to Go!

The Elves all crowded around the North Pole to watch as the airplane circled, and landed. A moment later, they all cheered as Ajax, Scooby, Phil, Waldo, and Ha'penny Elf exited the plane.

Timbo and Smitty Elf rushed up to the reindeer, towing a small sled. The went straight to the pregnant Scooby. "She seems to be all right," said Smitty, but let's get her bedded down right now. All this excitement isn't that good for a pregnant reindeer." And the two strong elves helped the reindeer onto the sled, and towed her into the stables.

"That's not something you see every day," said Phil. A reindeer being towed by elves!" And everybody laughed.

The laughing stopped as Dolores Flemspackle, the source of this season's misfortune stepped off the plane. A few boos and groans were heard from the crowd. Dolores hung her head.

"Let's have none of that!" shouted Ha'penny. "She's my granddaughter, and she deserves your respect!"

"No, that's all right," said Dolores. "I've behaved very selfishly. I thought only of myself, and endangered the lives of two reindeer in the search for money. I only came here to ask your forgiveness."

And with that, as one, a great cheer rose from the elves! "That's my Dotty!" said Ha'penny Elf. 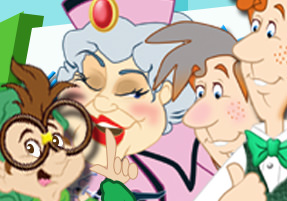 "Ho ho ho! Is that cheering for us?" Santa came skiing into the square, followed closely by the hulking Yeti, with Holly riding on his shoulders. Of course, that cheering wasn't for him, but the cheer that followed was greater still!

Santa skied over to his old friend "Long time, no see, Ha'penny," he said with a smile. "Good to be back, Santa," said the Elf, and the two embraced.

"Hey Ha'penny! Look what I made!" It was Waldo, who came running back with some of his favorite dish. "Strawberry-and-mustard pudding, just like the recipe you gave me!"

Waldo made a face. "Ewwwww! That sounds horrible!"

Over near the airplane, the Yeti walked up to Dolores. "Hello lady!" said the Abominable Snowman. "Mail for you!" He pressed an envelope into her hand.

"Mail? No one knows I'm here!" said Dolores, opening the envelope. "It's a card!" She read the card. "Is this from you?"

Dolores looked at Yeti, eyebrow raised. A smile crossed her lips. "Well, thank you. And I must say, you look better in that hat than I ever did!"

Santa looked at Ha'penny. "Care to pitch in? For old time's sake?"

"What about us? Can we help too?" asked Phil.

Ha'penny looked at Santa, then his granddaughter and great-grandson, and laughed. "I can't think of a better way to spend Christmas Eve!"

Will they get everything packed and ready for Christmas Eve? Of course they will!

Merry Christmas from Everyone at The North Pole Times! 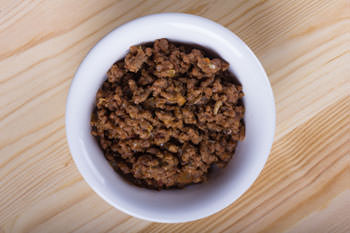 Mince Nuggets
Here's a little something you just might enjoy!