Fans Pack the Palace for Final 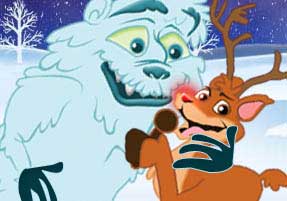 Today, we continue the competition with the final round of the Figure Skating event, one of the more popular events at the games. And after two rounds, all eight reindeer are tied for first place!

So today, each reindeer will skate to see who wins the fifth gold medal of the competition. In our previous events, the winners include Donder in the High Jump, Comet in the Long Jump, Vixen in the Sprint Race and Prancer in the Around-the-World Marathon. After today’s final round, only three events remain – Speed Skating, the Obstacle Course and Snowboarding.

The many good folks of the North Pole -- except perhaps for the Abominable Snowman -- have packed the Hoojamawazit Skating and Ice Cream Palace for the finals. “The crowd is jammed into the Palace,” says Rudolph. “Not a seat left anywhere.”

And so let’s head out to the action. Up first is Cupid. Cupid heads on to the ice and waits for his music to start. Each deer will skate to their favorite music, and Cupid’s choice is “Santa Claus is Coming to Town!” The music beings and Cupid is off. He builds up speed and flies around the ice beautifully, as the crowd cheers wildly. Each deer will make at least two jumps during the program while also skating a number of difficult moves. Cupid’s first jump is a double toaster oven. He’s slowing down and getting ready for the jump. Here he goes …. And he’s up and through the jump perfectly! 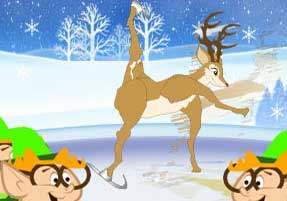 “A fantastic effort from Cupid,” says Rudolph. “He’s off to a good start.” Cupid continues to whirl around the ice, moving swiftly as the crowd rises to their feet. Cupid sets up for his final jump. It’s going to be a difficult one. He plans to do a triple Button-maker -- very few deer have ever attempted this jump. He’s getting ready, and he’s off! “Fantastic!” says Rudolph. “A perfect button-maker. Cupid will be tough to beat.”

The Elfian Judges are filling out their cards and now their scores are ready. Cupid scores a 99.7. Almost perfect! Yes, that’s a great score and will be difficult to beat. In fact, Donder, Comet, Vixen, Prancer Dasher and Dancer all skate, but none can score better than Cupid. That leaves Blitzen. Blitzen will be the final deer to skate, and he will have the last chance to overtake Cupid and win the gold medal. Blitzen takes to the ice and the music begins. His music is “Santa Claus is my Buddy!” Blitzen begins and is moving well around the ice, very fast yet very graceful. He’s into his first jump – a double coffee maker – and it’s perfect. So far, Blitzen has been superb! “It’s up to his last jump,” says Rudolph. “Blitzen will try a quadruple button-maker. Oh my, no one’s ever done that before!” That would be something. Blitzen will try a jump that’s never been done by any deer anywhere! Well, he’s getting ready and is moving slowly but surely. He’s about to take off and …. he’ s in the air! “One, two, three and four,” says Rudolph. “Yes! That’s a perfect quadruple jump! Up and over four times. “ Yes, indeed. The first-ever quadruple button-maker.

The Judges have little difficulty. Blitzen receives a perfect score of 100, and is the fifth gold medal winner of the games.

Check back tomorrow when the games continue with our sixth event, the Speed Skating contest! 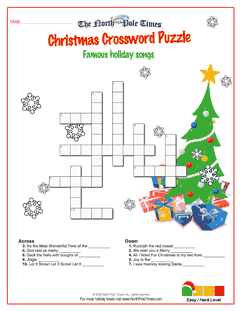