There have been many unusual things that have happened at the North Pole over the years. Elves have gone on strike, reindeer have forgotten how to fly, Santa has even been launched into orbit. But the woman who stood at the North Pole, glaring down at Santa, may have been the strangest yet.

Up close, she wasn't as large as a Yeti--not quite, anyway. But she was certainly larger than you would think the Granddaughter of an elf would be. And her enormous silver fur coat, gray hair, and pale, pale skin did make her look very similar to an Abominable Snowman. And the look on her face, while not quite abominable, was entirely unpleasant.

As was the way she spoke to Santa. "My name is Dolores Flemspackle, and this is my son, Phil."

It would be wrong to say that Phil Flemspackle appeared magically beside his mother. He most likely had been standing there all along. However, she was so imposing, that he was almost invisible until you looked right at him.

"Welcome to you both," said Santa. "Welcome to The North Pole! We're so very happy to have the Granddaughter of Ha'penny Elf among us."

"Granpda Hap," explained her son Phil. "Remember? I told you--he was an Elf."

"Yes, indeed, and a marvelous Elf at that!" said Santa. "We haven't heard from him for many years. How is he doing?"

"Don't know, don't care," said Dolores. "He hasn't been around since I was a little girl. Now, let's get down to business."

"Business?" asked Santa. "What kind of business do you mean?" 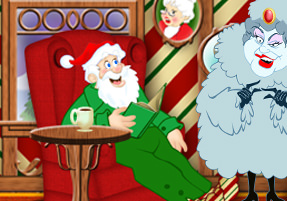 Dolores Flemspackle smiled. At least, the corners of her mouth went up. She opened her purse, and took out her checkbook. "We would like to buy something from you."

Santa smiled. It was a wonderful smile, a smile full of love--love, even, for someone like Dolores Flemspackle. "Ho, ho ho! We don't sell things here at The North Pole! We give things away! For free! With love! Just tell us what you want!"

Dolores Flemspackle's smile widened still. She put her checkbook back in her purse. "That's wonderful!" she said. "Because what I want is your toymaking machine--the Appendapulator!"

What will happen next? Will Santa give this woman his toymaking machine? How will they make the Christmas toys without it? Keep reading The North Pole Times to find out! 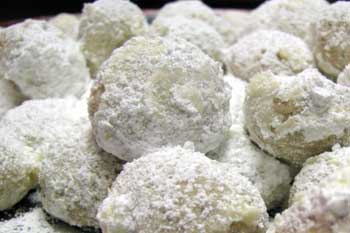