In my classroom, we love a good wonder

It’s Professor Ellie Elf here with my final lesson from the School of Wonders before Christmas.

I think my favorite lessons are those that I haven’t planned. These are when the elves in my class just ask a question about something they’re curious about and we learn together. This happened this week in one of my math lessons when Esme Elf (who is a bit of a daydreamer) was gazing out of the window at the snow coming down. 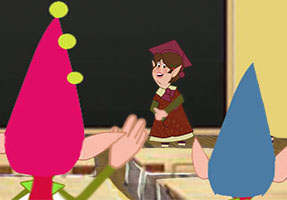 In my classroom, we love a good wonder, so the next day we spent a whole afternoon learning about snowflakes. Here are some of the facts we found out…

Snow isn’t frozen rain.
That’s sleet. Instead, snowflakes start life as a tiny grain of pollen or a speck of dust which then freezes and ice crystals form around it. With a powerful enough microscope (and a cold room!), you can actually see the ‘thing’ at the center of every snowflake.

No two snowflakes are alike.
The air temperature around a snowflake is one of the things that determines the shape it will become. Even if two snowflakes are next to each other as they form, the different air currents and movement will mean that the ice crystals will form differently.

Most snowflakes are symmetrical and based on hexagons.
When something is symmetrical, it can be divided in half and both sides are the same. Snowflakes generally have six arms (a ‘hexagon’ is a sixsided shape), so they have six lines of symmetry…

Of course, there are lots and lots of patterns that have six lines of symmetry.

We tried making our own designs by cutting out a circle of paper (or using a paper plate). The next job was to divide it into sixths, which can be tricky.

First, we folded the circle in half. Then, we folded it carefully twice so that each fold was the same size.

I then asked my class to cut bits out of their folded circles, from the side, the edge and even the middle, without cutting off the point at the center of the circle.

When they unfolded their shapes, we suddenly had a collection of beautiful snowflakes - all different! And because they had folded their circles into sixths before cutting, they all had six lines of symmetry.

Your challenge for this week is to design your own snowflakes using the same method. Perhaps you could make several of different sizes and use them to decorate your house or classroom?

Have a wonder-full Christmas!

Until next year,
Professor Ellie Elf 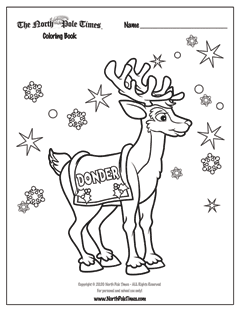