Ajax and Scoooby Not In Manger

"Enough of that!" said Santa as he pushed his way towards the big Elf. "Tell me what's going on."

"Yes, we understand." interrupted Bernard. "But could you answer one question: who are 'they?'

"The reindeer," said Timbo. "The ones that are missing."

"Yes, but what we're asking is which reindeer are missing?" said Santa.

"Scooby and Ajax," said Timbo, "just like it says in the sub-headline."

Santa and the Elves all crowded into the stables. In the stall in the back, there were no reindeer--just an indentation in the straw that showed where the reindeer were lying. 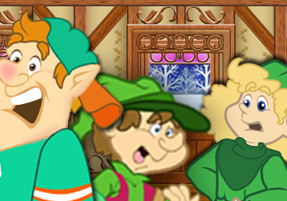 "What happened to them?" asked Bernard Elf.

Holly Elf was looking around the stable. "Look here!" she shouted, and pointed to a big footprint on the ground. "It looks like an abominable snowman's footprint!"

"I'll get all the other reindeer harnessed up--we'll go out and hunt for them," said Timbo.

"No, that's not necessary," said Santa. "We need the reindeer to do their normal schedule of activities--including getting the mail, and even the Reindeer Games. I have an idea about where we might find our two missing friends."

"Three missing friends," said Holly. She picked something up from the stable, and handed it to Santa, who looked at it, sniffed it, and then tasted it.

"Hmmm. A mustard-covered strawberry. I think Waldo may be missing, too."

What happened at the stable? Where are the reindeer and Waldo? Who would do such a thing? Keep reading The North Pole Times to find out! 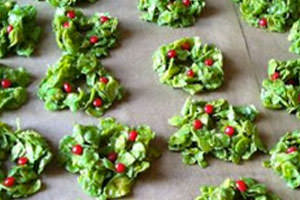