Gizmo Has a New Gizmo

Waldo Elf walked in the door of Gizmo Elf's workshop. Then he took a step back, turned the doorknob, and walked through the door, into Gizmo's workshop. Waldo had a problem, and he was hoping Gizmo had a solution. Since Gizmo Elf was Santa's chief inventor elf, he probably would.

He found Gizmo up on a ladder, working on something big that was hidden under a tarp.

"Hey Gizmo!" called Waldo. "Do you think you could help me?"

"No! I mean will you help me?" Waldo shouted.

"Oh! Of course I will!" said Gizmo, and he started climbing down. "Why didn't you ask that in the first place? What do you need?"

Waldo handed Gizmo a nearly empty jar. "I need you to invent something to get the last bits of mustard out of this jar." 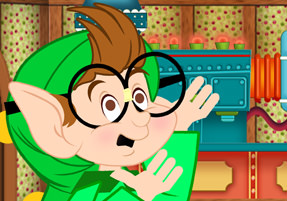 Gizmo peered at the jar. He got out a ruler and measured it, then he went over to his workbench. A few moments later he came back and handed Waldo something. "Here. Try this," he said.

Waldo tried it. "Wow! It works great! Thanks! What do you call this?"

"A longer butterknife," said Gizmo, and he started back up the ladder.

"Whatcha got under the blanket?" asked Waldo. "It's a secret. You'll never guess," said Gizmo. "Is it a spaceship to help Santa deliver presents to people on the International Space Station?" asked Waldo.

Gizmo sputtered in surprise. "Why--yes! How in the world did you guess?"

"I didn't," said Waldo, picking up a piece of paper from Gizmo's workbench. "It's what you wrote on the top of these plans here."

"I see," said Gizmo. "Can you do me a favor? Can you promise me you won't tell anyone about this? It's supposed to be a surprise for Santa!"

"Not only do I promise," said Waldo as he walked out the door, "but I promise to make everyone I tell about this promise as well!" 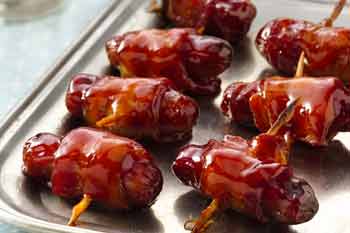