Can't Always Get What You Want

When Dolores Flemspackle, Granddaughter of Ha'penny Elf, came to the North Pole, Santa and all the rest of the elves expected a pleasant little woman who would tell them stories about their long-lost friend. Instead, Dolores told them that she wanted the Appendapulator, the great toymaking machine of the North Pole!

Santa, Bernard, Eugene, Holly, Gizmo, and for some reason, the Yeti,* all joined Dolores and her son Phil in Santa's office.

"Nonsense!" snapped Dolores. "It's your job to give it to me."

"I give appropriate gifts at appropriate times," said Santa, then he turned to her son. "Phil, remember what you wanted for Christmas when you were seven years old?"

Phil smiled. "I wanted a horse. A big red horse." his smile faded a bit. "I didn't get one, though."

"Of course not!" said his mother. "We were living in an apartment in Boston. Where would we put a horse?"

"You couldn't take care of a horse, Phil," said Santa, gently. "You could--and did--take care of your salamander."

Phil smiled at the memory. "I watered him, and fed him flies, and taught him to climb up on my shoulder. I named him Iggy."

Santa's eyes twinkled. "You can always ask for what you want, but you only get what you can use. So, I ask you, Mrs. Flemspackle, what do you want to use the Appendapulator for?" 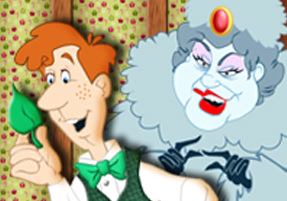 "Why, to make things, of course! I'm the President of Flemspackle Industries, and your machine would help us with our goal," she said.

Phil stepped forward, and handed Santa and the elves each a folder.

Bernard was already reading his packet. "What does this mean: 'Green technology?'"

"It means machines that make things, but don't pollute," said Phil. "That's why we want the Appendapulator--it makes toys, but doesn't pollute in any way at all. It's the ultimate green machine!"

Gizmo was confused. "Green?" he asked. "There's no green! This is the North Pole--everything is white!"

Will Santa give them a pollution-free machine? Will the Yeti read his papers? Will someone explain things to Gizmo? Keep reading The North Pole Times to find out!

*He wasn't invited, but when a yeti wants to go someplace, he usually gets to go there. 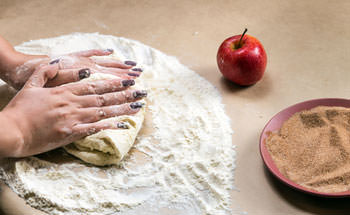